Book your vacation with us! Reserved Car Rental! Why not get your own property!?

Victory Day is a feast for the victory of the USSR over Nazi Germany in the Great Patriotic War. It was established with a decree of the Presidium of the Supreme Council of the USSR on 8 May 1945 and is celebrated each year on 9 May to this day.     Banner of Victory...

"Kosheto" will be built according to the rules of modern city with streets, sidewalks, green spaces and public buildings Soon Burgas will have a brand new residential area, which will be located between Sarafovo and salt lakes. The news was announced yesterday Deputy Ivan Valkov,...

The whole team of VP Company wishes you a happy welcome Christmas and New Year holidays. 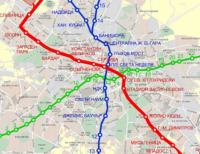 5 new metro stations in 2017 years waiting for the citizens of Sofia In 2017 construction began on five new stations and the total number of stations that are under construction will be 12 with seven currently being constructed. It told BGNES deputy mayor for transport CO Evgeni Krusev....

End of the congestions between Aheloy and Pomorie

The state granted 20 million levа for the expansion of the road between Aheloy and Pomorie. Project will be implemented with funds from the state budget.   The long-awaited four-lane road Burgas - Sunny Beach will soon be a fact. Agency "Road Infrastructure" has...

End of the congestions between Aheloy and Pomorie